From Wuhan Spirit to Chennai Connect: Modi and Xi Redefine Relationship in Asia 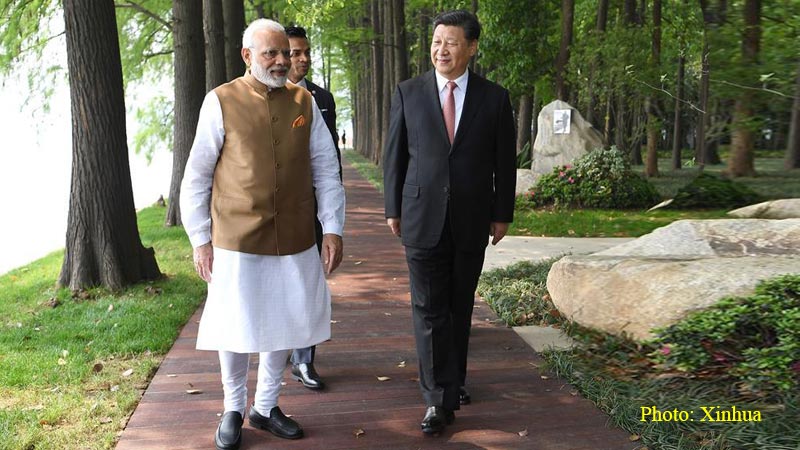 Since May 2014, when India Prime Minister Narendra Modi came to power, there have been 10 meetings between PM Modi and Chinese President Xi Jinping. However, the crucial meetings are the two informal summits between the two leaders that set a new tone to the bilateral relationship. The first informal summit was held in Wuhan, China on April 27-28, 2018; while the second was held in Mamallapuram on October 11-12, 2019. Although no formal agreements or documents came out of the summit; yet there had been consensus reached on many issues and irritants in the bilateral relations. The main issue is what has changed that redefine India-China relationship? Is there a shift from the past normalization of relationship? And if so, what kind of shift and what does one foresee as a future?

As there are major disruptions surrounding the world, there were expectations and challenges of how Asia will evolve. One of the oft-stated narrative is the decline of the power of the USA and the focal power will shift from West to East. However, the moment Asia is seen as the rising central force, inevitably eyes are fixed on the two major rising powers – India and China. The asymmetry in the rise of India and China, as well as the unequal relationship with other powers of the region, led to speculations of greater competition between the two rising powers. Alongside was China’s clear articulation of ‘Major power relations’, referring to focus on US-China relationship; rather than China-India relationship.

With Bhartiya Janta Party taking a sweep majority in Indian electoral stage, there was a wave of deliberations across globe of how Indian polity will reshape and how the foreign policy will be redesigned. In specific, there were concerns from China over the future of bilateral relations as both countries now had strong leadership. Defying all speculations, both leaders had cordial meetings and India’s ‘neighbourhood first’ approach along with economic development agenda resonated well with China’s vision of maintaining peace in the periphery and focusing on development targets.

The Dhoklam crisis in brief had heightened tensions among many countries of possibility of war between the two giant powers in the region, which got fizzled away with the announcement of the first informal summit in Wuhan. The two leaders had long hours of meetings and one-to-one dialogue that became a focus of attention across the globe. The ease and candidness of leaders sent the right signal of cooperation between the two countries; rather than any confrontation. In fact, the calm posture of resolving the standoff also led to a greater understanding that both leaders want cooperative business ties, instead of engaging in tussle.

The first summit also dispersed the notion that India’s non-participation in Belt and Road Initiative of China is in any way a posture of confrontation or competition between the two giants. Chinese idea of ‘Communities of common destiny’ and India’s vision of ‘Shared communities’ got consolidated under the larger picture of ‘enough spaces for all to work and share’. It increasingly became visible that the two leaders have instructed various Ministries and Departments under them to work in consolidating cooperative relationship, which was more a pragmatic approach to dealing between the rising power. The inevitability of confrontation between the rising powers, as often discussed in theoretical discourses of international relations, was redefined by the two leaders, who see the future of Asia as an enviable rise with more connected dimensions and linkages.

The second informal summit in Chennai further bolstered the long history of cultural ties. There is also an affirmation of the ancient maritime Silk Road, proliferation of literature, arts, philosophy and religion. Therefore, the educational and cultural ties to promote people-to-people relations has been mooted. An article titled “Promote China-India Relations to a Higher Level and Work Together to Create an Asian Century” published in the 21st Century Economic Report in October 2019, states “the second informal summit has set the basic tone and clear direction for the uncertain world with stability and positive energy.”

Thus, we had India becoming a member of Shanghai Cooperation Organisation, China and India together building Asian Infrastructure Development Bank, joining hands against protectionism etc. The Wuhan spirit and the Chennai connect has further led the geopolitical confrontation of two powers, as was speculated, turn into a comfortable strategic partnership based on national interests and mutual benefits.

The bilateral trade between the two countries has already reached USD 95 billion. China remains the biggest trade partner of India, and India is the biggest trade partner of China in South Asia. Apart from the usual overall trading figures, nearly 1000 Chinese companies have invested USD 8 billion in the Indian market and Indian companies have put USD 1 billion in China. The deeper connections move beyond the trade figures into the realm of cultural exchanges and cooperation in fields such as Indian movies, yoga spreading in China; while Chinese acupuncture becoming popular among Indians. There are also high-level of political, cultural, academic, party-to-party, and military exchanges.

Modi and Xi met in Brazil on November 13, 2019, where Xi had expressed that the deeper communications held in Chennai has resulted in instructing the relevant departments to expand the basket of trade; while giving due recognition to enhancing exports from India. India was a key guest for the 2nd international Importing Expo in China. Both countries are working to expand the volume of trade and investment; while seeking new growth points especially in the field of productive energy, medicine, IT, and infrastructure. Modi had also expressed the desire to maintain close contacts, manage as well as control disagreements, and raise the level of cooperation to a ‘higher altitude’.

Li Qingyan, Associate Researcher at the Institute of International Strategy under Chinese Academy of International Studies and a member of the China South Asian Society, in an article titled, “The Sino-India Relationship in Modi 2.0 Era,” published in Weishi in October 2019, stated that the bilateral relationship is moving towards more stable and better ties. If both the countries forge for unity, then they can reap the benefits; but if they engage in fight, both will get hurt. Hence, the two nations are looking forward to a “closer developing partnership”

The year 2020 celebrated as the 70th year of diplomatic ties will further advance these intentions with enhanced people-to-people, cultural, and educational exchanges. In the words of PM Modi, after the development of several thousand years, India and China both are becoming important new economies and the development of both nations is very important to promote global prosperity. The deeper civilization contact and the wisdom imbedded will provide clues for the solutions to varied challenges faced in the world today.

The two summits have withered the notion that two rising powers are bound to engage in tussle or fierce competition. Although many scholars view this as an inevitable outcome of the asymmetry of power between India and China, but the reality on ground suggests that China has greater needs to look at India for cooperation; while for India, cooperation with the next door neighbor is conducive to its own stability and development. There are also power matrix whether in terms of the size of population, or in terms of the potential of markets that are the drivers for forging cooperative partnership; rather than engaging in competition. This also entails the responsibility the two rising powers will need to shoulder to shape the future of Asia.

Chinese News agency Xinhua ran a commentary “Xi Jinping Meets with Indian Prime Minister Modi” in November 2019, that calls for persistent efforts in promoting bilateral ties and to continue the ‘new glory of the Asian civilization’. It further stressed that the two countries need to insist on multilateralism and safeguard the multilateral trade system in order to co-preserve the rightful development rights and space of developing countries including cooperation among BRICS. This indicates the intentions of both China and India to create a new renaissance of national glories to create a ‘New Asia’. 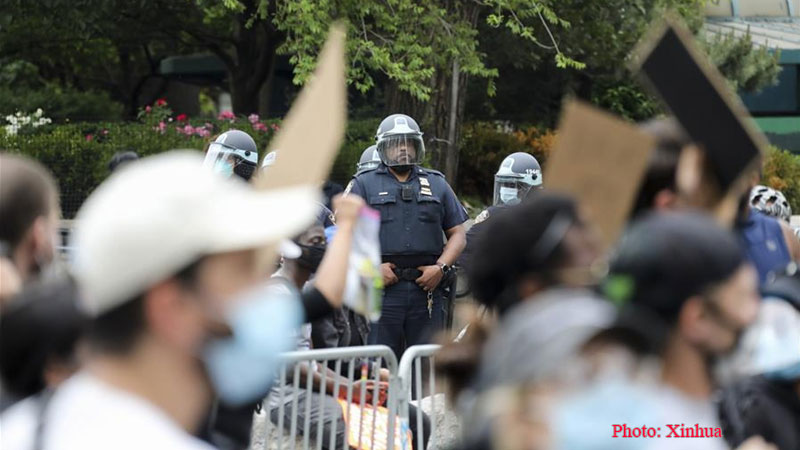 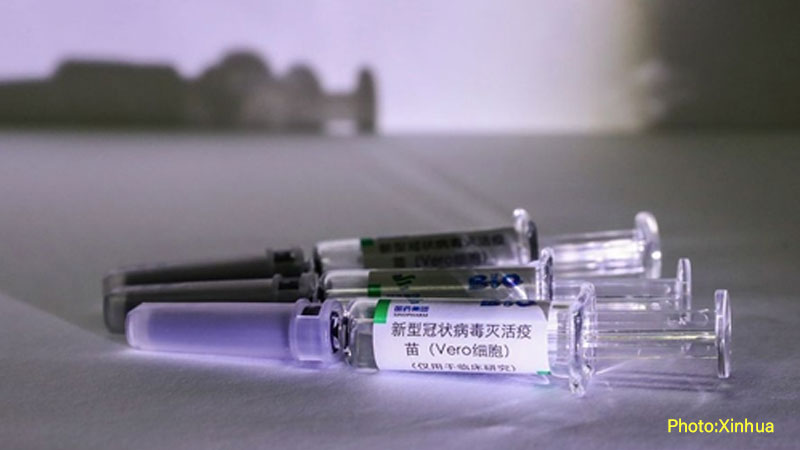