Beijing. As of 6 pm on Friday (Geneva local time), 50 Ambassadors to the UNOG signed a joint letter to the president of the UN Human Rights Council and the UN High Commissioner for Human Rights, positively evaluating human rights developments in China’s Uyghur Autonomous Region.

The figure is 13 more than the original 37 countries which sent the letter on July 12.

Iran, Iraq, Sri Lanka, Djibouti and Palestine are among the countries that newly joined to support China’s policies in Xinjiang.

Some other countries also expressed support in their separate letters and press releases. Many of them have seen the real situation in Xinjiang on recent visits.

In the joint letter, the ambassadors gave credit to China’s counter-terrorism and de-radicalization efforts.

They commend China for its economic and social progress, effective counter-terrorism and de-radicalization measures, and strong guarantee of human rights; appreciate the opportunities provided by China for diplomatic envoys, officials of international organizations, and media professionals to visit Xinjiang. They point to the contrast in the views on Xinjiang between those who have visited it and the one portrayed in Western media, and urge the countries to stop using uncorroborated information to make unfounded accusations against China.

“Faced with the grave challenge of terrorism and extremism, China has undertaken a series of counter-terrorism and de-radicalization measures in Xinjiang, including setting up vocational education and training centers. Now safety and security has returned to Xinjiang and the fundamental human rights of people there have enjoyed stronger senses of fulfillment, happiness and security,” they said.

The ambassadors also urged the relevant countries to “refrain from employing unfounded charges against China based on unconfirmed information before they visit Xinjiang.”

Venezuelan Embassy in China told the Global Times in an exclusive interview that Venezuela signed the joint letter because they recognize the impressive achievements made by China in the field of human rights, which is in favor of its people.

“Venezuela is fully aware of Chinese government’s efforts in Xinjiang Uyghur Autonomous Region. Since 2013, it has carried out initiatives every year to improve the livelihoods of its population. These initiatives represent more than 70 percent of their annual public budget expenditure in the region, such as the 15-year free education program in southern Xinjiang as well as a 3-year free bilingual preschool program in rural areas,” said the Venezuelan embassy.

“We appreciate China’s efforts which are based on their own realities, attach equal importance to the fight and prevention of terrorism. It combines the fight against violence and terrorist crimes with the promotion and protection of human rights,” the embassy added.

The embassy stressed that China’s leadership in human rights is “indisputable.” “China is a party to 26 international human rights treaties and their protocols, and has timely submitted its periodic reports to the respective organization created under the United Nations Human Rights Treaties,” the embassy noted.

What Chinese government does in Xinjiang is in accordance with its legal system and it protects its citizens from the dangers of terrorism and violence as well as provides assistance and education to prevent people from being victims of terrorism and extremism, according to the Venezuela embassy.

Pakistani Embassy in China reaffirmed to the Global Times that their position is the same as that stated in the letter to UN.

Under the leadership of the Communist Party of China, local governments have made remarkable achievements in the fight against terrorism and the prevention of terrorism, safeguarding the religious freedom of citizens and the preservation of ethnic traditions and culture, Luna said.

“The vocational education and training center allows the professional preparation of inhabitants of that region, which contributes to the better understanding of their environment and enables them to understand, detect and fight against terrorist actions,” said the Cuban diplomat.

It’s worth mentioning that a large number of countries signing the joint letter are the countries where the majority of population is Muslim, including Pakistan, Saudi Arabia and United Arab Emirates (UAE).

Global Policy and Analysis Think Tank Eurasia Future concludes that the fact that China’s policies are winning support from so many Islamic countries is a “clear indication that many nations seek to learn from China in respect of how to clamp down on extremism whilst elevating the prosperity and solidifying the social harmony of populations susceptible to terrorist infiltration.”

However, their support upsets many Western media outlets, which tried to create conflicts. A recent CNN report said that Muslim countries defending China shatters “any myths of Islamic solidarity.”

Muhammad Zamir Assadi, a journalist from Independent News Pakistan, told the Global Times that the CNN report is a “clear bias of Western media.” Assadi visited Xinjiang in 2016 which left him with a good memory of the region.

“Muslim countries are well aware of the situation in Xinjiang as their ambassadors have been visiting the country continuously. The recent report of Muslim countries on Xinjiang shows that Islamic nations have confidence in Chinese measures for Muslims in Xinjiang,” Assadi told the Global Times.

He noted that Western media misinterpreted the Xinjiang situation to the international community for vested interests. “They just want to pressure China by following their governments’ foreign policies,” said Assadi.

When Al-Zahrani visited Xinjiang a decade ago, he found many issues there. Many local people were then close-minded and knew barely anything about the society outside their sphere. “These people need help to integrate into normal social life,” said Al-Zahrani.

Iran is among the countries that also signed the letter, refuting groundless accusations against China and denouncing Western countries for degrading the international human rights mechanism as a political tool. In an exclusive statement sent by the Iranian Embassy to the Global Times, it said that Iran admires “China’s principled position and well stabilized practices against the abuse of the issue of human rights for political objectives, regardless of the challenges.”

Iran believes that China’s commitment to the promotion and protection of human rights is “inherent, genuine and deeply rooted in the country’s cultural and historical backgrounds and requirements,” read the statement.

Hujjatullah Zia, a journalist from Afghanistan, told the Global Times that he went through disinformation spread by Western media about Uyghur ethnic group and the vocational training and education centers, which are called “educational camps” by Western media.

“I believed those were true stories and I was curious to visit Xinjiang. But my perspective was changed when I visited vocational training and education centers,” he said.

In the centers, Zia interviewed students who study there. “They were happy with the education and their studies. They said they were preached about fundamentalism through unknown WeChat account. They also prayed secretly. The government noticed the situation. Then they learned law and received training at the centers so that they could have a job in the future and do not resort to fundamental ideology out of ignorance,” said Zia.

Zia told the Global Times that two things surprised him most during his trip to Xinjiang this year: the large number of mosques there, and that students at vocational training and education centers could recite the Holy Koran and speak Arabic.

Hua Liming, a former Chinese ambassador to Iran and UAE, told the Global Times that although Saudi Arabia and some Gulf countries have close ties with the US, they have different perspectives on China and Xinjiang.

“Some Western countries including the US view Xinjiang as a tool to contain China. But for Islamic countries, they like to see Xinjiang issue from anti-terrorism perspective,” Hua said.

According to Hua, as Islamic countries’ understanding about China is deepening, they are increasingly clear of the extremism challenges that China is facing in Xinjiang. Therefore, they have more trust on China’s policies.

Al-Zahrani noted that still some people in Islamic countries harbor misunderstandings about China’s Xinjiang and its Muslim policies, which is largely because they are exposed to so many fake reports, many of which are from East Turkestan terrorist and separatist groups. But what the government has done for the benefits of Xinjiang is hard to find in media.

After returning to Afghanistan, Zia wrote several articles to introduce a real Xinjiang, which he said is to correct many people’s misunderstanding. These reports received good reviews in his home country as many readers said they were amazed by Xinjiang’s diverse culture.

Zia said that people should “differentiate between what is taught at universities and in educational institutes in the US and US foreign policy.”

“The US foreign policy focuses more on its financial interests – be it at the expense of human rights,” he said.

The Venezuela embassy noted that “the government of the United States is an expert in invasions, economic blockades and should be held responsible for the death of millions of people in the world. It has no morals to become a defender of human rights.”

“This government uses the noble cause of human rights as an instrument to ‘demonize’ countries that do not bend to their interests. It holds the darkest record of massive human rights violations in the world, openly promoting and financing the destabilization of governments that do not submit to their hegemonic claims,” the embassy stressed.

With its so-called preventive wars, the US has invaded sovereign countries, using drones to hit people without warning, leaving thousands of innocent people dead, which it brazenly calls “collateral effects.” “Our country has denounced in the international forums the policy of interventionism and aggression of the US government against developing countries,” said the Venezuela embassy.

Counselor Luna told the Global Times that Cuba rejects the use of the human rights issues to exert political pressure and the tendency to impose punitive actions. “The aim of it is actually to push forward and disguise its regime change operations.”

Xinjiang, China. Some overseas organizations and media have been hyping China's policy in Northwest China's Xinjiang... 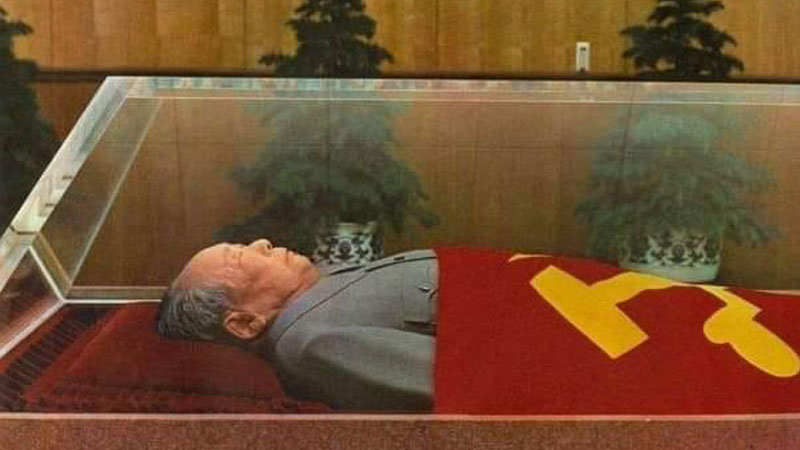 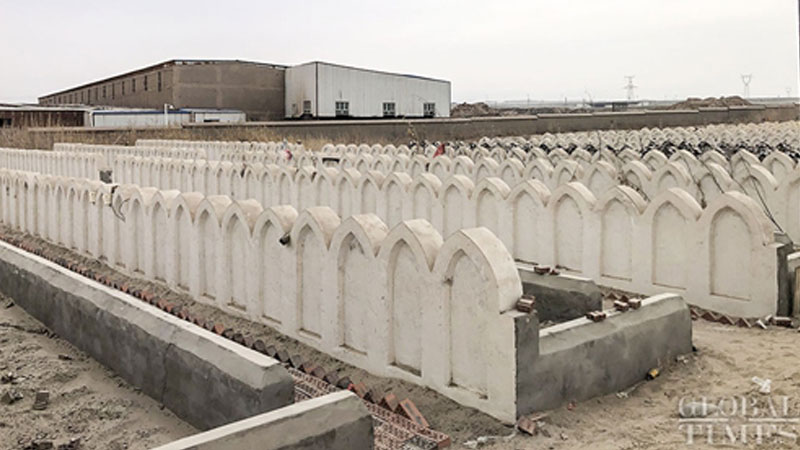 Beijing. As the months-long violence in Hong Kong entered a deadly level in the past two...

US House of Representatives giving the nod to the so-called Uyghur Human Rights Policy Act on...